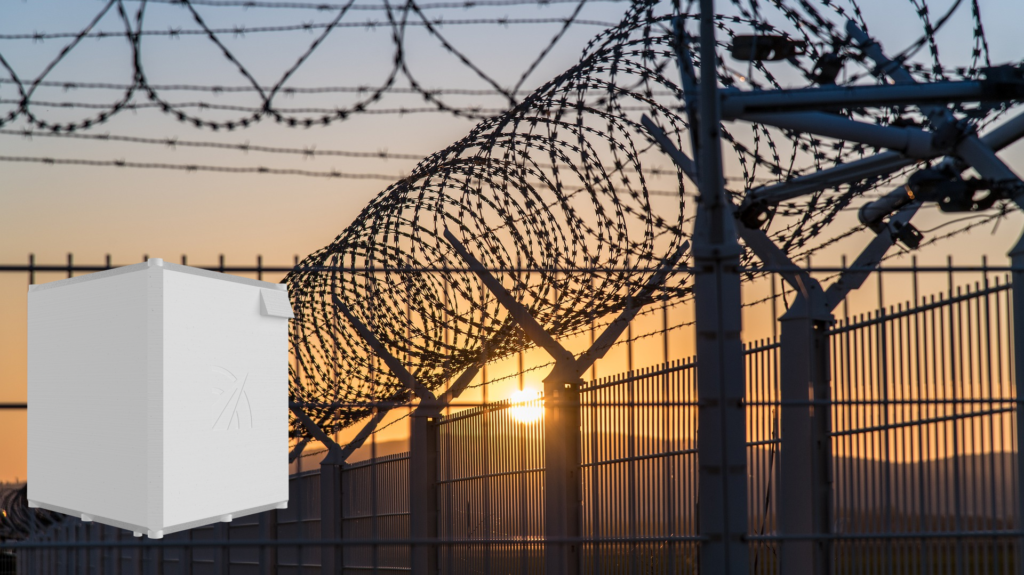 Prisons are increasingly concerned about contraband being thrown over the fence.

Criminals hollow out tennis balls, footballs and even squash balls, and fill them with drugs, cigarettes, money, phones, sim cards, razor blades – whatever will fit – and throw them over the prison fence for inmates inside to recover. For example, in May 2020 criminals riding a motorbike attempted to throw a tennis ball stuffed with drugs over the wall of Cessnock Prison in New South Wales, Australia.

Drones add to this threat as they can be used to drop contraband over the fence from a much greater distance, reducing the risk for criminals. In June 2020 a drone carrying prescription drugs and a SIM card was found near Long Bay prison. And drone drops are increasing.

We have developed the HackHunter drone detection template for the Vision outdoor continuous monitoring sensor, which includes long range detection (up to 2km/1.25mi), a toughened 3D-printed housing engineered for long-term exterior mounting, and the ability to detect multiple WiFi sources at the same time e.g. both the drone and the controller separately, and drone swarms.

A HackHunter Vision outdoor sensor with the drone detection template was mounted on top of a service building in the grounds of a correctional facility for a period of six months. Alerts were sent to a test system and the unit was regularly tested with WiFi-operated drones flying in the vicinity.

Data was sent in real-time to the test system, detailing:

The Vision outdoor sensor was demounted at the end of six months and disassembled. There was no sign of dust, dirt, insects or water inside the unit.

The only evidence that the unit had been mounted outside for six months was some bird droppings on the side!